Mother Seraphina Farolfi (Francisca Farolfi) was born on 7 October 1853 at Tossignano in Italy. She joined a Religious Congregation at Forli, (Italy) taking the name Seraphina. There she worked as Headmistress for 8 years. During the next 10 years she opened two more girls’schools in northern Italy.

Mother Seraphina founded a new Religious Congregation named CFMSS on 1 May 1898. In 1901, she sent 4 pioneer sisters to India to take care of a Welfare Home for destitute girls in Sardhana, near Meerut in the state of U.P. Two years later a school was opened at Meerut and another one in Agra in 1912, from where the Institute spread to different parts of our mother land.

When the earth quake of 1908 rendered many a child homeless in Southern Italy, Seraphina opened Welfare Centers to shelter orphaned girl children. Medical Care became a regular feature of the CFMSS since the First World War.

However, Seraphina’savowed aim was the education of the girl child. Her Educational Policy was geared to the integral formation of the pupils with special stress on character building and practical skills in fine arts and house hold works.

Mother Seraphina passed away after a prolonged illness on 18 June 1917 leaving behind a rich philosophy of education which will continue to guide us for ages to come. 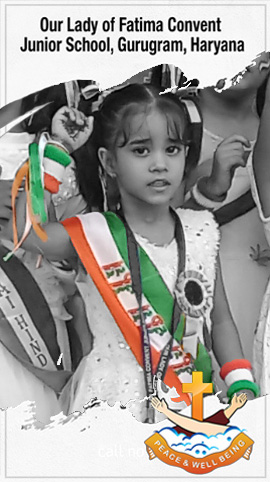